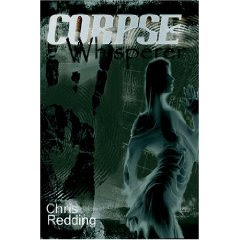 Excerpt from the Corpse Whisperer:

The corpse grabbed her arm with cool fingers.

The lifeless woman’s eyes flipped open. “Help.” Her voice came out as hollow and raspy, a lone word uttered in a subway underpass. Grace cringed as the chill moved along her skeleton, settling in the marrow.

She glanced at the door. No one would come to save her.

“Let me guess. You’ve been murdered.”

“Yes,” the corpse said, the last part sounding like a snake.

The noise sent a shudder through Grace’s body, but only briefly. Talking to dead bodies had ceased to scare her.

Dragging in a ragged breath, Grace braced herself for the time slip, the trek down the dark tunnel. “What’s your name?”

Colors danced and flashed before Grace’s eyes as if they were a precursor to a migraine. Numbness deadened her limbs. She catapulted down a black shaft; only the passing of lights indicated movement. Her breath caught in her throat as her nose filled with a burning electrical scent. A sneeze that would have relieved her didn’t come.

Something squeezed her body, but not for long. Then she slammed into a wall and she was back in time.

Read more about Chris and her work on her website.
Posted by Unknown at 4:00 AM