RITA ASKS, WHAT ARE YOU READING? 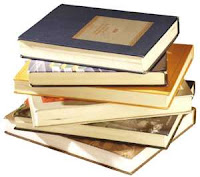 Well I just finished reading Against the Wind by Kat Martin. I’m hoping to have Kat as a ‘guest’ in the near future. If you haven’t read her - she’s a must!! (I make an effort to buy every one of her books – I highly recommend Kat’s books.)

Kat is a personal friend of mine – a friendship I value. She gave me the best advice when I started writing, ‘write what you love to read.’ She is one of those people that you automatically like – her warmth and bright smile express more than words.

What did I think of Against the Wind? I loved it, of course! I believed Sarah and she sucked me in from the beginning. Of course I’d have taken a second…third…and fourth glance at Jackson. My kind of man! What makes Against the Wind extra special is Sarah’s daughter, Holly. Love this book . . . and you will, too.

Against the Wind (2011) The first book in the Raines of Wind Canyon series
They were known as the "no-account Raines boys" but they've grown into successful, honorable men and everything they have, they've fought for tooth and nail. Now each of the three brothers has one last obstacle to overcome to claim what's eluding them: love.
Secrets don't stay buried long in cattle country. Sarah Allen, the beautiful girl who humiliated Jackson Raines in high school, is back in town. Not so long ago, she couldn't wait to leave Wind Canyon, Wyoming, in her dust. But, recently widowed, she has nowhere else to go and finds herself on Jackson's ranch. And despite everything, Jackson's finding himself reluctant to get rid of her.
Sarah brings her own kind of trouble, and he can't resist trouble. Enemies of her dead husband show up making threats, thinking she has something they're owed. They're not taking no for an answer, but what they will take is the one thing she has left - her daughter. Jackson's the only one who might be able to save little Holly and bring her home.

I’m looking forward to reading Against the Fire of the Raines of Wind Canyon series. It’s sitting on my desk…ready to start reading!!
Once one of the “no-account Raines boys,” Gabriel Raines has pulled himself out of poverty by his bootstraps to become a successful businessman—one who has become the target of revenge…
You can’t fight what you can’t see. And Gabriel Raines can’t be sure just who’s setting the fires in his new real-estate development. When two fires hit back-to-back, he knows it’s personal, but any number of competitors or ex-employees could be the arsonist.
The police suspect Angel Ramirez, a local teen who’s been in trouble before. But Mattie Baker, a volunteer at the Family Abuse center, just can’t believe the kid she’s been working with would go back to his delinquent ways.
Determined to convince Gabe that she’s right, Mattie must get close to him and find out who’s putting their neighborhood in jeopardy. And just as the arsonist’s flames continue to burn, they find a heat developing between them. It might just turn into a full-fledged fire…if they can survive long enough.
You have to admit – this sounds great! I can’t wait to start reading!
Posted by Rita Karnopp at 2:00 AM

Email ThisBlogThis!Share to TwitterShare to FacebookShare to Pinterest
Labels: Against the Fire, Against the Wind, Kat Martin, Raines of Wind Canyon series

I love Kat Martin's books too and will be adding these to my to-be-read stack! Great post, Ginger.

I've been so busy with edits, I haven't had time to read anything other than my own stuff. Hattie's Heroes released today on Amazon, and Sarah's Heart got finished and sent off to the publisher. When they are all up, just think of how much work I went through with Time-Tantrums, Ellie's Legacy, Sarah's Heart, and Hattie's Heroes. Now if I can get Nasnana to talk to me, I can carry on with Chugiak Moon. *lol* Did you notice how I very subtly plugged my own books?

Oh, I forgot to add that Kat's books look great. I'll have to add them to my already-bulging Kindle. I should live so long as to read all the books on it. They should have invented this thing when I was twenty-five, not approaching...well, let's just say approaching. :)

I, too, am a fan of Kat's stories. I thoroughly enjoyed reading this post. Thank you for sharing it. Ginger, you are a doll. I love your "already-bulging Kindle." Just wonderful.