No Friday Freebits Today from Ginger 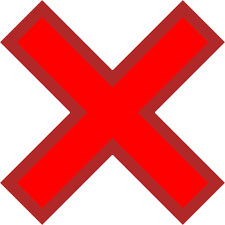 Rather than post six paragraphs from one of my books, I'm going to take a different approach and actually blog..about, gasp, Politics.

Is anyone else but me worried about the direction our nation is headed?  I was born and raised in a democratic home, by a legacy of democratic voters, but it took me many adult years to realize I needed to pay attention to elections and assume responsibility forelected officials for whom I voted.  I'm no longer affiliated with either party because I choose to vote a person rather than a symbol.

Our current president was not my choice, but I'm pretty sure those who follow my facebook know that. I regret that differing opinions has cost me friendship, but I consider that a lack of maturity and not really being a friend.  My decision against Obama had nothing to do with race or party rather qualifications, and I believe his lack of them has led us to this point.  Besides, my beliefs were validated when his own wife, at his innaguration,declared to finally be proud to be an American.  For some of us, it was a sad day.  She'd never been proud before and this was our first lady?????

One big fear is despite his appearance as a charitable leader, those to whom Obama has granted immunity are mostly those unlikely to be able to support themselves, thus increasing the overwhelming number of people on welfare.  I'm all for being a helpful person, and I do believe in paying it forward, but I resent having to support those who abuse the system, are employable, but choose to let the tax payers support them...and when did I become the birth control police?

My greatest fear is that the party to which my family belonged for years somehow believes the criteria for a great president is to have a vagina.  I believe in equality, and the time may well come for a female to step into the oval office as the POTUS, but I also believe that now, when our country is at a crossroads with Muslim territories who have no respect for women, is NOT the time.  Hilary Clinton would certainly not be a good role model and example, in my opinion, because of her reputation for dishonesty, lack of leadership and the questionnable acts that follow her and her husband.

A large part of this country's dilemma is the division of our nation by two major parties.  Family legacy or loyalty dictates that voters choose which side of the line to stand on and on which topics they vote.  Ignorance of government affairs on both sides often result in sending the same stale politicans back to congress and the outcome never results in new and invigorating ideas. Our whole system needs to be overhauled, and terms of days past ignored when considering new and improving ideas.  Some would equate a unified single party system with a "Hitleristic" attitude.  Sometimes, change in a different direction, with a more positive attitude can result in positive outcomes.  Don't we owe it to ourselves to try something different.  If you don't know something is broken, you can't fix it, but when you know the government is in need of an overhaul and you continue to expect positive outcomes, won't you always be disappointed?   Let's fix America...all we need is someone we can respect and who has a history of success.  I'm sure we can find someone....somewhere.  :)

BTW, these are my own opinions, and I own them.

If you're interested in the author and not the aspiring politician, Ginger Simpson, please visit my Amazon page.

You calls 'em like you sees 'em, Ging. That's why we loves you!

Good on you for being so honest, Ginger. It's a sad fact that too many people these days are frightened to speak their minds in case they are regarded as racist, bigoted or judgmental. It seems that free speech is only for the few who are the prejudiced minority.