LIFE IS A TEST by Ginger Simpson #humor 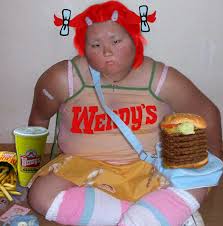 Life is a test for most of us. Sometimes you just look up at heaven and ask God to give you an "F" and move along, but things aren't that easy.  We all have to endure what comes our way.

I can remember when my test started. I was a “fat” child—even before the days of fast food and hormone-injected burgers. If one survived all the fat jokes and unkind remarks, then that person was sort of a survivor.  Bullies have been around since the beginning of time, trust me.

Oh, you don’t know you’re being tested until you become an adult and wonder how you made it through those times. At least today, kids can blame their weight on their eating habits and the fact that both parents are forced to work and don’t have time to cook nutritious meals…in my time, my mother stayed home with us and cooked all our meals.

My dad worked in a raft shop for ninety-nine cents an hour. With four kids to feed, he used to “appropriate” things…like that word? That’s a new saying my husband  uses when he brings things home from work that he didn’t buy. Anyhow, my dad “appropriated” the canned rations that were used in packing life rafts.

Days that he brought them home felt like Christmas...those cute little tins with food inside. How fair is it that you can you get fat on rations that starving people, adrift in a life raft, eat to survive?

My mom had a strange habit of cooking one extra piece of meat.  Dad was a meat, potatoes and salad kinda guy, so that was our menu most of the time. Can you say “cholesterol”?

There were four kids and two adults in our family, and no matter how big the pieces were, she always cooked seven of them. I don’t think anyone wanted a second helping, but there it was, lurking for whoever could eat the fastest. Every night was like a contest you really didn’t want to enter, and you didn’t really want the prize, but you were compelled to perform. It wasn’t until I had stomach surgery and had to learn to chew everything I ate that I actually realized food has a taste.

Being fat as a child is exceptionally hard on your ego. I was always the last picked in any recess games. That’s how you really learn to manage stress. You're forced to line up while two team captains,
usually the slimmest and richest kids in class, select their favorites…one at a time. The line gets shorter and shorter until you are the only one left. In itself, standing as the soul remaining pick does some severe damage to your self-esteem, but when the captains start offering you to the other team as a nicety…that’s the worst. Imagine standing red-faced while two people argue about you--and not because they want you.

First team captain:  “Okay, we have enough, you can have her for your team"
Second team captain:  No, that’s all right, you take her…it’s only fair.”

Fair, schmaire! What would be fair is if you didn’t have to play those stupid games of dodge ball in the first place. What fat kid wants to run around trying to avoid being hit by something that’s
as round as they are?


I hope this brought some laughter to your day.  Now, I sort of wish I could go back to those dodge-ball playing days.  :)

Check out my books on my web site http://gingersimpson.com.  If you find any broken links, please let me know.  I'm open to suggestions, too, since I did the design myself.
Posted by Unknown at 11:30 PM

Email ThisBlogThis!Share to TwitterShare to FacebookShare to Pinterest
Labels: Dishin' It Hour, Excerpt, Ginger Simpson, humor, out of contract title