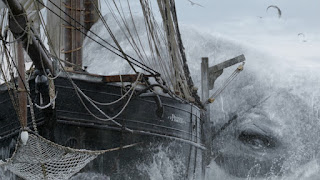 In 1851, on November 14th, Herman Melville published Moby Dick. With one of the most famous opening lines in all of fiction: “Call me Ishmael,” the book was a colossal flop when it was first published. Undeterred, Melville continued to produce novels, short stories (his most famous being “Bartleby”) and poetry, but unfortunately, writing wasn’t paying the bills. In 1865, Melville returned to the daily grind and worked as a customs inspector in New York for the next twenty years. When he died in 1891, Melville had been pretty much forgotten by the literary world. However, in the 1920s, literary scholars rediscovered Melville’s work, in particular the novel about Captain Ahab and his relentless, self-destructive quest for the great white whale.

Moby Dick has now become a staple in most high schools in the United States as required reading. The rediscovery of Melville’s fiction also led to the posthumous publication of Billy Budd in 1924. 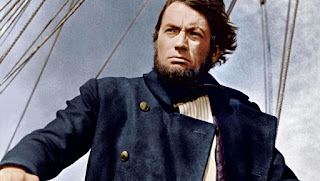 Several versions of Moby Dick have been filmed, including the classic 1956 version starring Gregory Peck as the obsessed Captain Ahab. There was a two part mini-series starring Patrick Stewart as Ahab, and even the Ron Howard movie termed “not see-worthy” which was based on the real life event, the sinking of the whaler Essex in 1820, which inspired Melville to write Moby Dick.

The point of this I guess is two-fold. Don't become obsessed with chasing white whales and there's still hope for me to become a famous author. It might not happen until long after I'm gone, but, hey...it could happen.